#176
I don't follow that story but I have to say, these people really need to take better care of themselves.

#177
Fairy Tail to end in 2 more volumes, says creator.
Excuse if I have some place in my mind where I go time to time...
L

#179
Not gonna post a link because of forum rules, but NYAA has been resurrected. Horriblesubs has the details.
C "Censorship is telling a man he can't have a steak because a baby can't chew it. "
L

#182
Wait, Hero Academia S2 is 2 cours? We'll get that character and fight animated? So much yes.

NGNL movie will be fun whenever it finally comes out in accessible form.

I guess a few of the shows will have to tide me over until the Fall season of 2017 which should be much better.
C

#183
Yeah. I'm not impressed with the summer season either.

It'll give me the chance to catch up with some stuff if nothing else.

#184
Funimation's updated it's list of series leaving their subtitled streaming service, and moving to Crunchyroll

The following series will move on May 25: Maken-Ki!, Shonen Maid, The Rolling Girls, Bubblegum Crisis: Tokyo 2040, BlazBlue Alter Memory.
Excuse if I have some place in my mind where I go time to time...

#185
Lupin III: Part IV will premiere on Toonami with an English dub June 17
Excuse if I have some place in my mind where I go time to time...

#187
Aniplex USA to Stream The Moment You Fall in Love Anime Film (the 2nd film in HoneyWorks' Confession Executive Committee series) on Crunchyroll starting June 6
Excuse if I have some place in my mind where I go time to time...
C

#188
Non Non Biyori is getting another season... 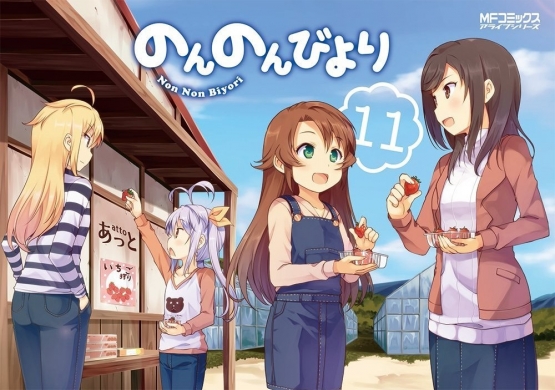 #189
Shougeki no Souma gets 3rd season this fall

One Piece Anime Gets 'Episode of East Blue' Special on August 26
Excuse if I have some place in my mind where I go time to time...
C

FLCL sequel will be "two" seasons, each six episodes long. The Pillows are doing the music again.
L

#191
Oh, they pulled in The Pillows, nice. I just wonder about the protagonist being female this time around and if the kid from first show will pull a noBrows intro when Haruhara appears.

ReLife is getting a 4 episode ending next year as well, the comic is pretty much in the ending phase for the last 40+ chapters already.

Heaven's Feel first movie announced for october this year. If nothing else the fights should be good.
C

No word on exactly what it is though.

Could be S3, a movie, or an OVA. No confirmation.

There is some speculation it could be a Railgun style spinoff involving Megumin.

I'd be fine with any of those.
R

#193
I know there's a second OVA for KonoSuba 2. Is this different from that or no?

#194
Rising Dragon said:
I know there's a second OVA for KonoSuba 2. Is this different from that or no?
Click to expand...
Yeah, I'm pretty sure it's different. This is a new and previously unannounced animation project, but no details on what it is exactly. Could be a movie, an OVA series, another season, or a spin off thing.

#195
Didn't the author say that there wasn't going to be a season 3 for KonoSuba? They could be animating the Megumin spin-off novels, I suppose...

#196
MastaofBitches said:
Didn't the author say that there wasn't going to be a season 3 for KonoSuba? They could be animating the Megumin spin-off novels, I suppose...
Click to expand...
There's a lot of speculation this might be what it is.

#198
IWhoWouldLoveHerForever said:
Anyone more in the know than me heard about HS DXD's season 4? Or Overlord S2? etc.
Click to expand...
Overlord S2 is in production. It was announced during the second compilation movie premier. Given that it had two compilation movies and new artwork, it wasn't much of a surprise to hear that they were doing a second season.

There's no official date for it yet.

It could be as soon as the upcoming fall season, but my guess is winter or spring.

DxD is in the exact same situation. S4 has been announced, but has no official release date yet.

There are a lot of shows that have this status right now. Non Non Byori, New Game, Fairy Tail, etc...

It's not unusual, outside of a few special cases that have their own press events, most shows get a release date when the next season schedule gets released, which is usually about the halfway point of the current season.

#200
Speaking of Hype. A poster to promote Evangelion 4.0 was just released...