#1
This is an IRA-themed prayer-vignette inspired by Jim Sheridan's In the Name of the Father, though it's not directly movie fan-fiction(!). I wanted to retire from writing with an ode to 'negotiated politics.'

Sean lived in the troubled area of Belfast his entire life. He was now 24 and was actively being recruited by the Provos IRA (the revised Irish Republican Army in Northern Ireland dealing with new era conflicts with British police/government). Sean was raised an Irish Catholic by his two Irish Catholic parents, Thomas and Mary Clark, and was proud of his Irish identity and heritage. He considered becoming a messenger, weapons-runner, and assassin for the IRA, and he was a skilled target-shooter --- very handy with a pistol in fact! However, Sean had a new complication in his life.

Two months prior to being actively recruited by the IRA, Sean met a beautiful young British Protestant woman in Belfast named Kay. Sean had begun dating Kay (who was 22 years-old and hence only two years his junior) and intended to marry her as soon as possible. The two chatted about everything under the sun and talked about the challenges of negotiating a love-marriage despite their social and religious differences. Kay idealistically told Sean she'd imagined they were like Romeo and Juliet, star-crossed lovers separated by the religious/cultural differences between their families. Iris Catholics and British Protestant living in Belfast (Northern Ireland) were 'at-odds' with each other ever since the partition of Ireland following the Revolution in the era of Irish leader Michael Collins (circa 1916).

Sean and Kay would sit at home (in Sean's parents' house in Belfast) and watch news-stories about the 'troubles' between Irish Catholics and British Protestants and wonder how these troubles would impact their lives...and their love! Kay's British Protestant parents generally approved of Kay's romance with Sean but warned her to be sure Sean was not linked to the 'upstart IRA' in any way. Sean and Kay merely wanted to negotiate a peaceful and happy life together. When Sean was actively being recruited by the IRA, Kay had no idea, and Sean brooded about what to tell her (and the IRA in Belfast!).

As Sean contemplated on his decision, he discovered that the Belfast IRA now planned to purchase deadly biochemical weapons from the Middle East and even intended to forge a 'new age alliance' with ISIS (the fundamentalist Islamic terrorist group!). Sean wanted no part in any radical biochemical war on the British government in Belfast. He schemed to be 'excused' from IRA-activity so he could just marry his sweetheart Kay and live a simple (and peaceful) life! Because he was such a skilled target-shooter, however, the IRA aggressively recruited the young Irish Catholic man. He'd have to negotiate one-on-one with the local Belfast IRA recruiter, Eamon Mchelhone.

SEAN: I just want to marry peacefully and work in Belfast...
EAMON: The army is eager to acquire your services, Sean!
SEAN: Biochemical warfare scares the hell out of me...
EAMON: Our simple goal is to eradicate British influence.
SEAN: Kay and I can't see through the 'mud' of biochemical terrorism!
EAMON: Sometimes to build, you must first destroy...
SEAN: I envision myself working as an Irish fisherman!
EAMON: What then is the quality of your 'Belfast blues,' Sean?
SEAN: My thoughts drift towards Kay's happiness...
EAMON: You're willing to sacrifice your skill with a pistol?
SEAN: I don't want any new 'trouble' in my life...please understand.
EAMON: Alright; I'll write-up your pardon, but stay out of trouble!
SEAN: That's a promise; Kay and Inwill pray for Belfast...
EAMON: You're lucky to receive a 'quiet handkerchief' for Belfast blues!
SEAN: Love is the best promise God is granting me.


"Blessed are the peacemakers, for they shall be called children of God" -Matthew 5 (KJV Bible)
A

#2
I really liked how that story turned out, so I'm going to leave you guys (my cherished peers/readers!) with a comics-oriented colorized 'avatar-rendering' of our courageous/faithful protagonist from my story Belfast Blues (Sean Clark!).

This is an image of the DC Comics superhero Kyle Rayner (Green Lantern), and I think it nicely captures why Sean Clark represents 'Earth-diarism' in these modern times of much 'peace-intrigue.' I'm sure you've guessed I'm a huge comic book fan!

Also, here's the Wikipedia link to the movie Belfast Blues was inspired by(!) --- In the Name of the Father. 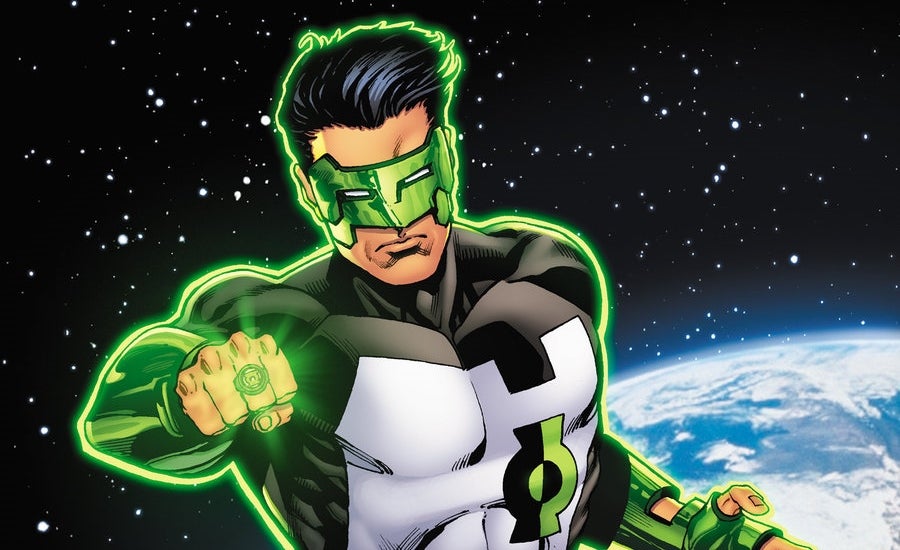