#1,451
Which one? Actually nevermind. Both (TMNT and anything with Eddie Murphy since 1990) sound like disasters in the making.

#1,457
'The Handmaids Tale' director Mike Barker to direct movie adaptation of 'The Talisman'

James Gunn reinstated as Guardians of the Galaxy Vol 3 director
He'll start 'Guardians' after 'Suicide Squad 2'.
Excuse if I have some place in my mind where I go time to time...
C

Studio: It's Nickelodeon! It's Dora the Explorer! It's for KIDs obviously!

Everyone: This is a toned down Jumanji rip off to try to cash in on the nostalgia of people who grew up watching Dora isn't it?

Studio: [Looking suspicious] You're going to watch it, aren't you?

#1,459
How this should have been made is to have an action Movie happening around Dora that she is completely unaware of and has nothing to do with.

Even the people involved have no idea she's there as they keep just missing each other. She keeps hearing explosions in the distance and sometimes sees vehicles rush by at a distance, but never has any contact with anyone involved in the hunt for the City of Gold.

Swiper should be the only one who has any idea anyone else is even in the Jungle, and should be stealing things from the action movie people to hinder their progress. He's not trying to protect Dora, just being his usual klepto self. He steals things like ammunition and detonators, which prevents anyone in the action movie part of things from actually hurting each other, again, not intentionally, it's just the result of what he does and keeps the movie kid safe.

Just have her Exploring the Jungle as usual, asking the kids in the audience questions, everything about her adventure should be completely benign and at least mildly educational.

At the end of the movie, both sides of the the Action movie side of the movie find Dora being given credit for discovering the lost city. She simply stumbled across the City of Gold without any incident having never been in any danger, and when the action movie people arrive they find her surrounded by reporters and protected by the local government who declare it a protected monument of cultural importance. 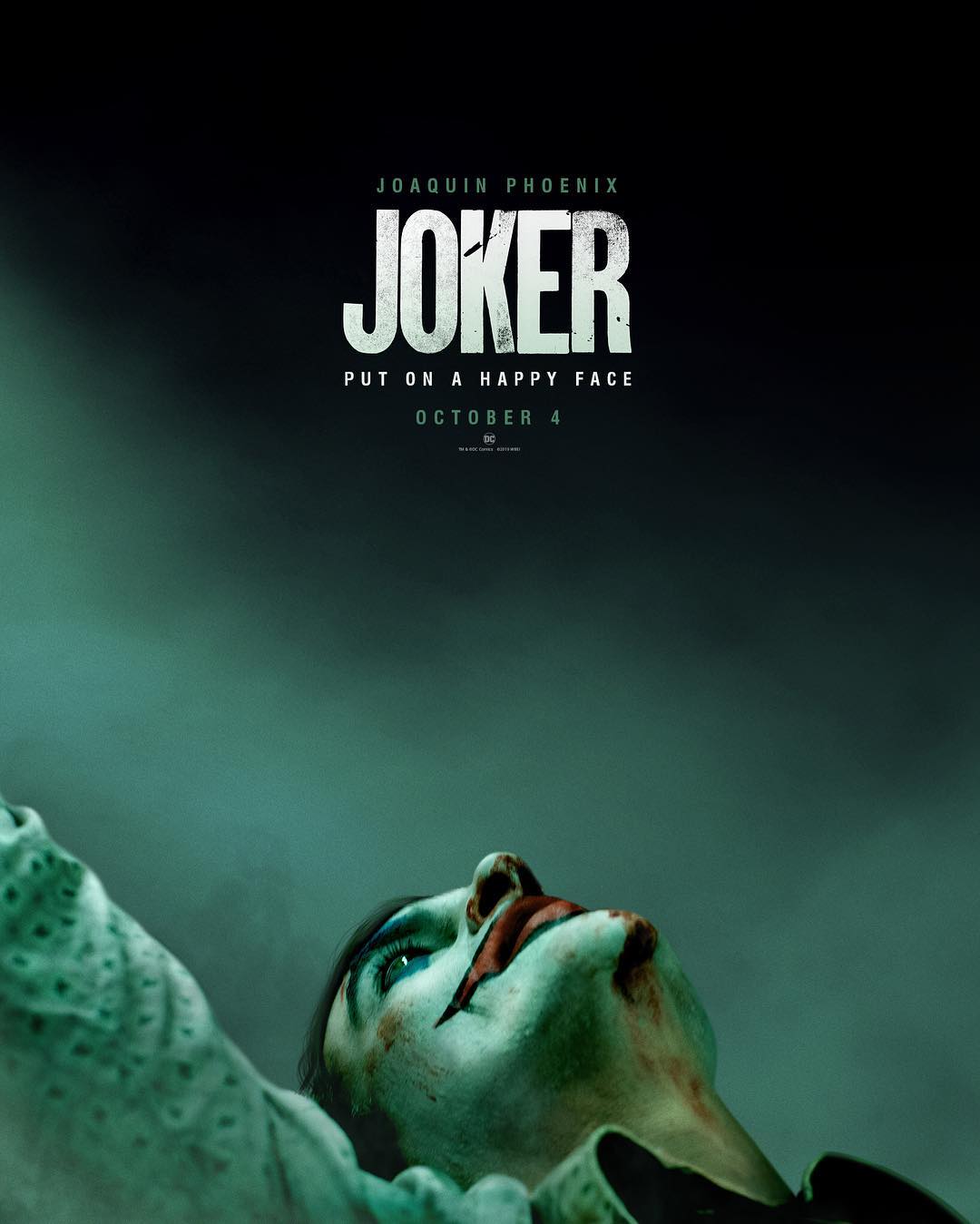 #1,465
Robert Pattinson has been confirmed to star as Bruce Wayne/Batman in a new trilogy of films
Excuse if I have some place in my mind where I go time to time...
C

#1,467
da_fox2279 said:
Robert Pattinson has been confirmed to star as Bruce Wayne/Batman in a new trilogy of films
Click to expand... 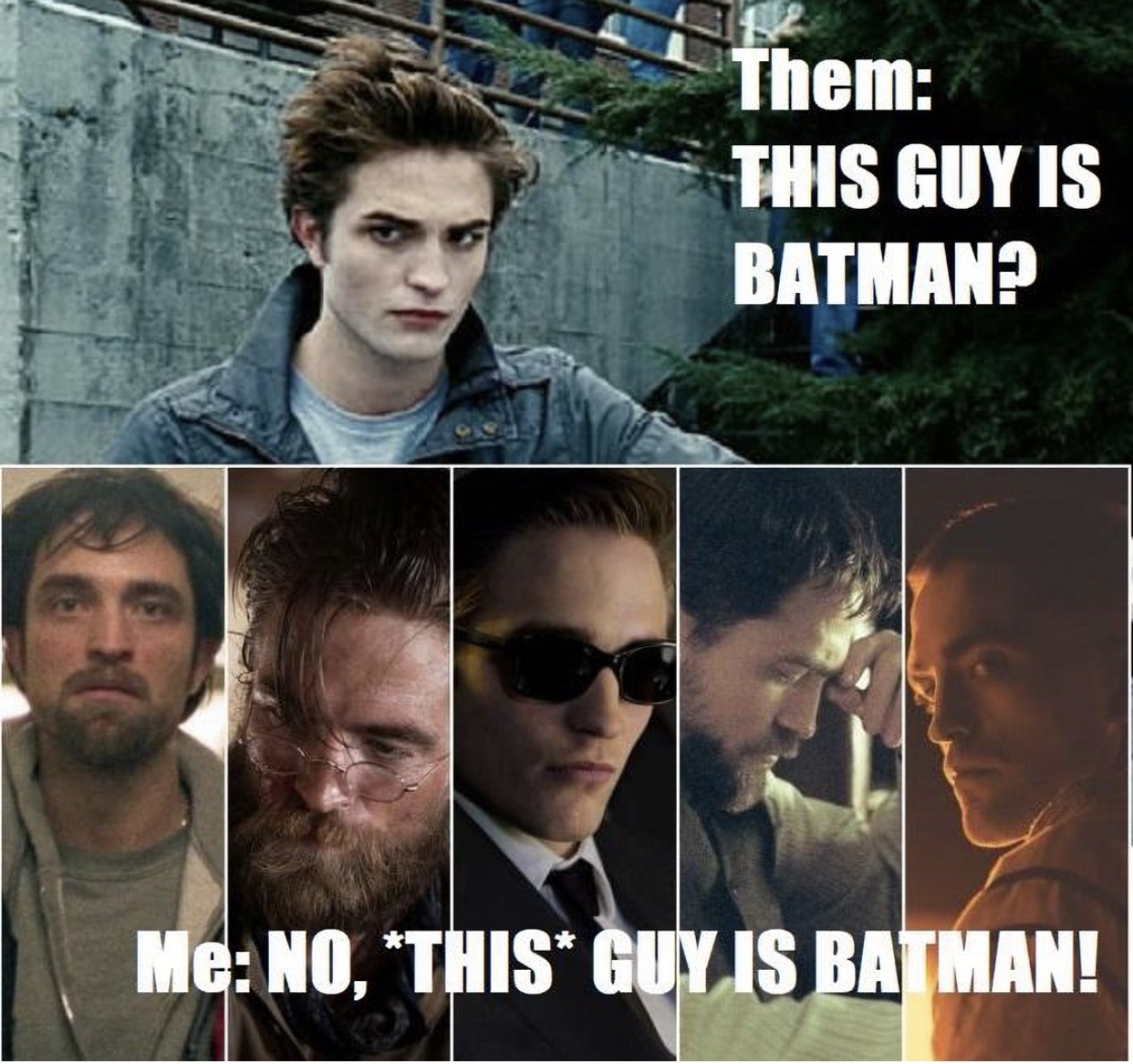 Click to expand...
Yeah, I'm actually on board with this.

Pattinson is really good at playing the kind of brooding characters Bruce Wayne and Batman should be. He can also pull off the charming element Bruce Wayne needs.

He doesn't deserve to still have Twilight be the movie that defines his career. He's a much better actor than that. After Good Time, The Rover, Cosmopolis, Water for Elephants, Bel Ami, High Life, and Damsel, he deserves better than to still be primarily associated with his absolute worst role.

Twilight was the direction he was given, and the character basically being a Mary Sue fanfiction fantasy version of Joseph Smith with the personality of a cardboard cutout of a stalker.

It wasn't his fault and he actually did a pretty good job considering what he had to work with.

Typing that last sentence made me throw up in my mouth a little, but it is true.

#1,469
Sigourney Weaver will reprise her role in the upcoming 'Ghostbusters' sequel
Excuse if I have some place in my mind where I go time to time...

#1,470
da_fox2279 said:
Sigourney Weaver will reprise her role in the upcoming 'Ghostbusters' sequel
Click to expand...
It'll be good to see her back hamming it up with Bill and Dan.

#1,471
Marvel Studios and Sony Pictures have ended the Spider-Man deal

Welp, it was fun while it lasted...
Excuse if I have some place in my mind where I go time to time...
P

#1,472
The Babylon Bee take on that story was quite hilarious. Read here.
C

Welp, it was fun while it lasted...
Click to expand...
This is hard to get a read on as there are a lot of conflicting reports about what is going on exactly.

My understanding is that the next two movies are still happening, as they are part of the original deal. They just apparently won't be produced by Fiege at this point and may distance themselves from the MCU at large and be self contained if a renegotiated deal doesn't happen.

There are also several reports that negotiations are ongoing, and that Sony has expressed interest in making another deal.

So they do have a while to work it out.

I think Sony may have been smart in refusing the initial deal, and may be able to work out better terms for themselves as a result. The PR hit would be worth it in that case.

I think they are aware that a Sony produced Spider-man movie likely won't do nearly as well as an MCU tied film.

The deal hasn't really "ended" yet. It just seems like both sides may be trying to use the media and fans to force a better negotiating position for themselves. Disney seems to have gotten the upper hand in this regard, but there are a lot of people supporting Sony's side as well.

That doesn't mean a deal will definitely be made, just that the constant "it's over" reports about the deal are very premature and seem to be designed to rally fan outrage to create pressure to make a deal.
Last edited: Aug 22, 2019
C

#1,474
EDIT: Radio silence on this over several days suggests it may not be true, and that the sources may have been reporting a possible deal as one that had been made. So take it with a massive grain of salt unless it is actually confirmed.

It does seem like negotiations are currently ongoing, but the specifics of this seem less and less likely to be true.

I'm still not convinced this is the "end" of Spider-Man and the MCU. As deals like this failing and then terms being ironed out and another deal being made within weeks or even months later apparently isn't all that unusual. /edit

Sony and Disney have reportedly made a deal regarding Spider-Man.

I honestly expected it to take longer, but this is basically what I expected.

There will supposedly be some announcements at D23.

From the sound of it, it is a six picture deal, with an option for a seventh. Tom Holland will remain Spider-Man for the foreseeable future.

The two companies apparently agreed on a 70-30 split. Sony's initial refusal was probably a smart move for them.

Sony has permission to make TV shows involving the Spider-Man characters. They initially only had the rights to make movies.

Disney networks, notably Disney+, will likely have the distribution rights to these shows.

Plus, if another company buys Sony, the rights to Spider-man will revert back to Disney and Marvel.

So we still are getting Spider-Man 3, plus another trilogy showing Peter in college, plus he will also be in at least two more Avengers movies, and will likely show up in Fantastic Four or a sequel to it. They are reportedly doing the Johnny Storm and Spider-Man bromance, which will likely kick off in an Avengers film.

It also suggest that Ice Man and Fire Star will be involved with the second trilogy. Pretty much confirming that an X-men franchise reboot will likely happen before then.

Tom Hardy's Venom is also reportedly a part of the deal as well and will be making his way into the MCU as a result of it. So that means the Sony Venom and Venom 2 movies will now be canon for the MCU. So there may be elements of the MCU in Venom 2.

It is unclear if this will mean other Spider-verse movies made by Sony, such as Morbius, will also be a part of the MCU or not.
Last edited: Aug 25, 2019
C

A deal has been made. Spider-man will remain in the MCU for the time being.