Pardon my French, but what the literal le fuck
[font=arial, sans-serif]Scootaloo is Best Pony[/font]

Pardon my French, but what the literal le fuck
Click to expand...
My question is who was coked out of their flipping mind to green-light the funding for this. I mean seriously, this is almost as bad an idea as a live action adaption of Yugioh.

#1,553
Zetas said:
My question is who was coked out of their flipping mind to green-light the funding for this. I mean seriously, this is almost as bad an idea as a live action adaption of Yugioh.
Click to expand...
I mean, I'd be down to watch that, provided the actors could chew the scenery well enough...

#1,554
I figure if they're going to do live-action movies, they need to go all the way with character costumes. Those hairstyles had better be 1:1 faithful to the anime characters, which means gravity-defying spiky hair all over the place.
[font=arial, sans-serif]Scootaloo is Best Pony[/font] 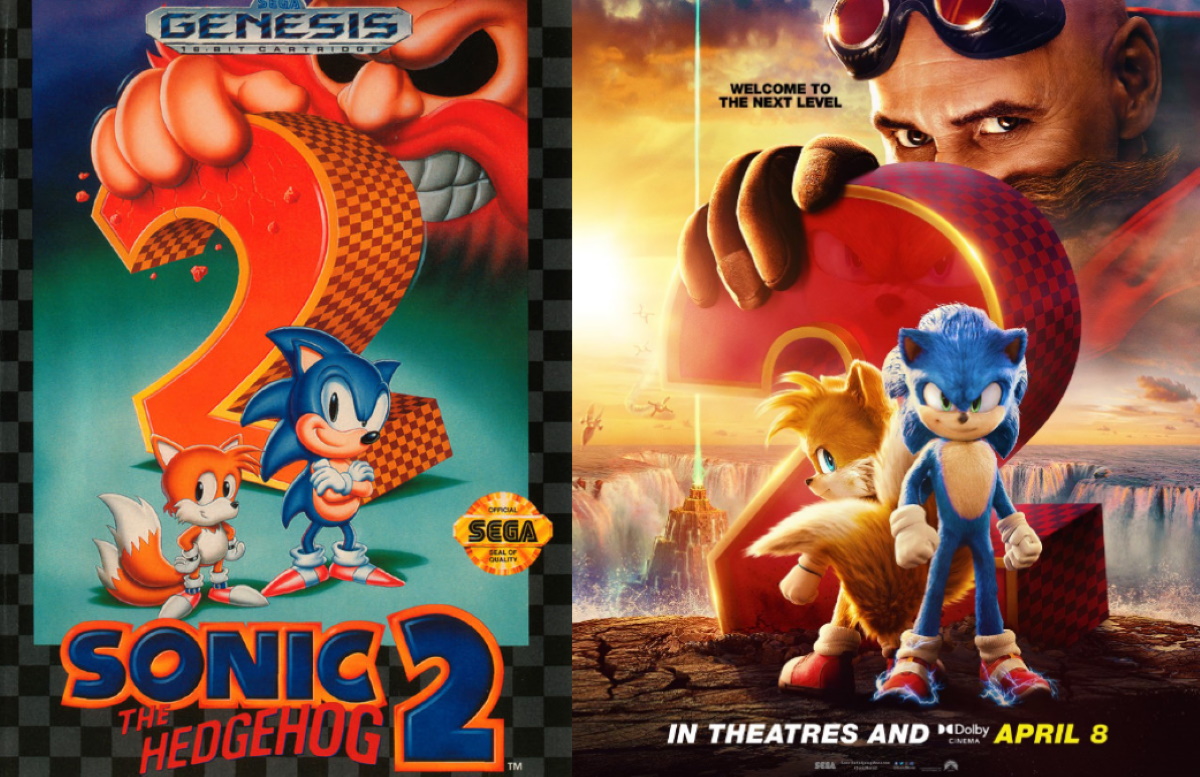 #1,556
The marketing game seems to be on point for this movie. I've heard the (conspiracy) theory that the first movie's first rendition with the terrible CG mockups was deliberate to hype up some attention. I still don't believe that, but damn the initial mock-ups still seems at odds with how the marketing has killed it since then.
[font=arial, sans-serif]Scootaloo is Best Pony[/font]
S

The filmmaker, who also directed Dwayne Johnson films “Skyscraper” and “Central Intelligence,” is attached to direct and co-write a “Voltron” movie in a package that is currently fielding offers from multiple studios. Todd Lieberman and David Hoberman (“Beauty and the Beast”) are producing with Bob Koplar of World Events Productions, the company that holds the “Voltron” rights.

Thurber is writing the screenplay with Ellen Shanman.
Click to expand...

"Censorship is telling a man he can't have a steak because a baby can't chew it. "
P

#1,559
MastaofBitches said:
I see no way that ends well...
Click to expand...
Look on the bright side. They might die before finishing it. Or we might.
S

#1,560
Right, this thing was for this year, wasn't it? The pandemic kept shifting its release date to the point that I forgot this even exists.

#1,561
Went through a couple weeks last year at the local movie theater that I kept getting drink cups that said July 4, 2020 lol.

#1,562
Huh. Speaking of pandemic delays, I see John Wick 4 got delayed to March 24 of next year. Disappointing.
[font=arial, sans-serif]Scootaloo is Best Pony[/font]
M

#1,563
Morbius, where I am, comes out on 1st April, I am going to see it but, from what I have heard, the pre-screenings say it is not that good.

Anyone think this is true or not?

#1,565
MastaofBitches said:
Depends on what you expect going into it.
Click to expand...
This. A lot of movies I've liked and enjoyed were hated by the general public and/or reviewers.

Try to keep an open mind, and not compare it to other films in the genre, and you might enjoy it. Or you might not.
Excuse if I have some place in my mind where I go time to time...

#1,566
Everything I've heard about it, is that Matt Smith is a highlight of the movie, being one of the most energetic members of the cast.

"Censorship is telling a man he can't have a steak because a baby can't chew it. "
M

#1,567
I try to make a point of not listening to paid critics because they are paid, ask me to review a movie form a genre I do not like and it will be negative.

On a positive note I thought Sonic 2 was good.

Not sure what the point of how agent Stone was characterised, considering how different it was to the first movie.

#1,568
Myrmidon2010 said:
On a positive note I thought Sonic 2 was good.
Click to expand...
I'd say it was probably on par with the first movie, I also liked how there's a picture of Jim Carey's Robotnik in the original Eggman outfit briefly viewable on a computer screen.

Myrmidon2010 said:
Not sure what the point of how agent Stone was characterised, considering how different it was to the first movie.
Click to expand...
There's a comic that fleshes out what he was doing between films.

"Censorship is telling a man he can't have a steak because a baby can't chew it. "
M

The “Aquaman” and “Dune” star is in talks to join a live-action movie based on the massively popular Minecraft video game, which is the best-selling game of all time with more than 238 million copies sold since its release in 2011.

Jared Hess, known for directing “Napoleon Dynamite,” “Nacho Libre” and more, will helm the film. Mary Parent and Roy Lee will produce, and Jill Messick will receive a posthumous credit for working on the film prior to her death in 2018. Jon Berg, Cale Boyter and Jon Spaihts will executive produce. Mojang Studios, the Swedish video game developer behind Minecraft, will produce via Lydia Winters and Vu Bui.
Click to expand...
S

The streamer is in negotiations to pick up the live-action take on the 1980s anime, with Red Notice filmmaker Rawson Marshall Thurber attached to direct the feature.

It is unclear if it would be Thurber’s next project. Red Notice, released in November, stands as the biggest Netflix original movie of all time, according to the streamer, which said it racked up 364 million hours of viewing in its first month. Thurber is writing and planning to shoot back-to-back sequels, but those are still in development.
Click to expand...
S

In an Instagram post on Wednesday, the actor and producer revealed that the film’s title will be Fast X. Diesel also captioned the photo of the movie’s title logo as “Day one…,” which confirms production has started on the franchise’s tenth installment.

The film’s title is just the latest announcement about the upcoming movie, which is being directed, as well as produced, by longtime franchise helmer Justin Lin. It’s currently slated for theatrical release on May 19, 2023.

The first of a two-part finale, Fast X is expected to film back-to-back with the original series’ final installment, though the Fast universe will continue on through a series of planned spinoffs.
Click to expand...

#1,573
I'm waiting for the inevitable "Fast and Furious in SPACE" announcement. Jeez, and I thought it was bad when Jason Vorhees did it...
Excuse if I have some place in my mind where I go time to time...
S

Paramount Pictures and eOne announced that the film has been dubbed “Dungeons & Dragons: Honor Among Thieves.” The official title treatment was released with a video set to epic music and posted to the film’s social media accounts. With a release date set for March 3, 2023, the title reveal marks the official start of the film’s (publicity) campaign.

Mario creator and game designer Shigeru Miyamoto made the announcement himself, on Twitter, through Nintendo of America's account. Miyamoto said he and his co-producer on the film, Illumination CEO Chris Meledandri, made the decision to delay their Mario movie.

The Super Mario Bros. movie was slated for a Dec. 21 theatrical release. Its new April 2023 release puts it out of the way of another highly anticipated film, James Cameron's Avatar 2, which is supposed to hit theaters on Dec. 16.
Click to expand...
You must log in or register to reply here.
Share: Facebook Twitter Reddit Pinterest Tumblr WhatsApp Email Link
Top